Are you worried that your high school or college athlete has an eating disorder? 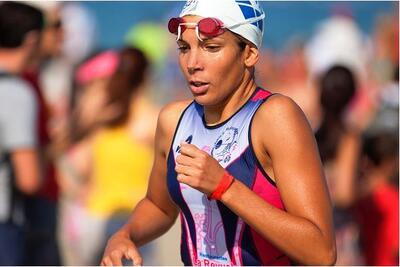 Are you worried that your high school or college athlete has an eating disorder?

Has your high school or college athlete lost a lot of weight with no known medical cause?

Is he or she working out constantly, in addition to team training?

Has there been a growing obsession with “pure” or “clean” eating with the hopes of increased performance?

Have they become more fatigued, irritable and defensive?

When we think of eating disorders, high performing athletes are usually the last people who come to mind. Athletes are at the top of their game, in peak physical shape, and the healthiest among us, right? So you would think they would be the last people prone to anorexia, bulimia, laxative abuse, or compulsive overeating.

Unfortunately, there is a secret life of eating disordered behavior among many of our athlete population.

Famous gymnasts, such as Kathy Johnson, Nadia Comaneci and Cathy Rigby have come forward and admitted to fighting eating disorders. Rigby, a 1972 Olympian, battled anorexia and bulimia for 12 years. She went into cardiac arrest on two occasions because of it. Christy Henrich, one of the world’s top gymnasts, died in 1994 from multiple organ failure from extreme anorexia and bulimia.

Famous male athletes are starting to come forward as well.

“Bahne Rabe was a successful competitive rower for Germany, with world titles on his belt and 2 Gold medals. Yet, Rabe was fighting some powerful demons that eventually took his life. Rabe struggled with anorexia and tragically died from pneumonia after being admitted to the hospital for extreme malnutrition.”
(https://www.eatingdisorderhope.com/blog/famous-athletes-anorexia-bulimia).

I’ve written before about Seattle Mariners catcher Mike Marjama coming out about a lifetime struggle with an eating disorder that included severe exercise bulimia.

Female athletes are especially at risk in sports which emphasize a thin body or appearance, such as gymnastics, ballet/dance, figure skating, swimming and distance running, horse racing and riding.

Male athletes are especially at risk in wrestling and bodybuilding, and other sports that require them to “make weight”.

A study of NCAA athletes found that binge eating occurred more often in male athletes than in female athletes. The same percentage of males and females used steroids to improve athletic performance. Female athletes were four times more likely than males to use vomiting to lose weight.

What are the causes of eating disorders among athletes?

• The idealization of thinness in our society, combined with the pressures of the athletic subculture.

• Coaches pressuring athletes to be thin by criticizing them or making reference to their weight.

• Individuals who are preoccupied with weight and appearance may be more likely to participate in athletics.

• A dramatic increase in exercise can precipitate a decrease in appetite and severe weight loss.

• Body dissatisfaction- athletes at risk for eating disorders are often those who are particularly anxious and critical of their own athletic performance and who express these concerns by dissatisfaction with their bodies.

• One study found that athletes are more likely than non athletes to report symptoms of eating disorders, even though participation in sports can help people have better self esteem. Drive for thinness can be related to other factors besides self esteem in the sports world.

• College can be a stressful place for many students. The pressures may result in someone turning to eating disorder behavior to regain a sense of control.

• Many athletes are not even aware they have an eating disorder because the behavior has become acceptable in the peer group, for example, sharing laxative and diet pills, having group binge/purge get togethers or sweating off excess pounds to make weight for competitions.

What are the effects of eating disorders on athletes?

Detection and treatment - how can I help?

• Athletes are often aware of the symptoms of eating disorders but do not want to acknowledge them for fear they will be required to stop their sport. You can reassure your athlete that except for extreme cases, they can continue in their sport and will actually improve their performance once in recovery.

• Some athletes will be relieved to share the secret; some will deny the problem and may be angry. Remember that they may need time to process what you have told them. Have resources ready in hand and remember you have planted a seed that may eventually lead to treatment.

• Many with eating disorders feel they are crazy and they are the only person who does the things they do. There is much shame and denial. Reassure them that they are far from the only athlete that uses eating disordered behaviors to cope.

• Coaches and trainers need to be aware of the signs of eating disorders and recognize when healthy training routines turn into an obsession, with obsessive measures to become thin. Coaches should bring in nutrition experts to educate athletes on healthy eating and make them aware of how important it is to fuel the body adequately. Counseling should be made available to athletes who are suffering from eating disorders and they should be supported and encouraged to accept the help. Assure them they will not be criticized or looked down upon if they come forward with a problem.

• If you are the parent of a minor, remember you have the power to force the issue. Let them know that their safety, health and well-being are your top priority, and you will restrict access to the sport and other forms of exercise until they accept help and proper treatment.

If your gut is telling you your high school or college athlete has an eating disorder, don’t ignore it. We help many athletes recover and successfully return to their sport, often after only a short hiatus. We work with parents, teachers and coaches to encourage recovery, and to save the athlete’s place on the team. If you are worried about your young athlete, give us a call or request a free 15 minute consult. We’ll help you move in the right direction quickly!

Contact us today about getting help for your high school or college athlete with an eating disorder by calling our team of therapists today at 904-737-3232!